Buy the new Liverpool FC shirt and kit online. It has a beautiful and clean red design. You will find all the Liverpool football kits and shirts for the new season as well all the football merchandise for Liverpool FC.

Check out our list of football shirts and products and get your Liverpool FC kit or retro shirt right now. 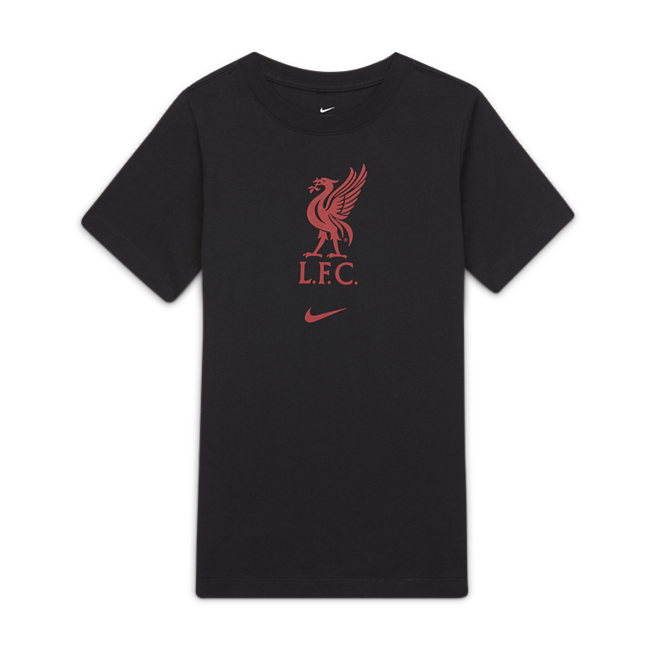 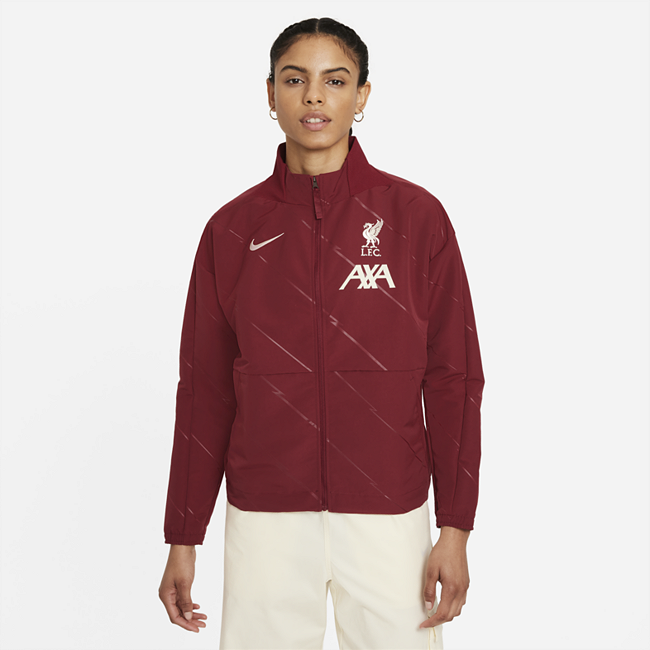 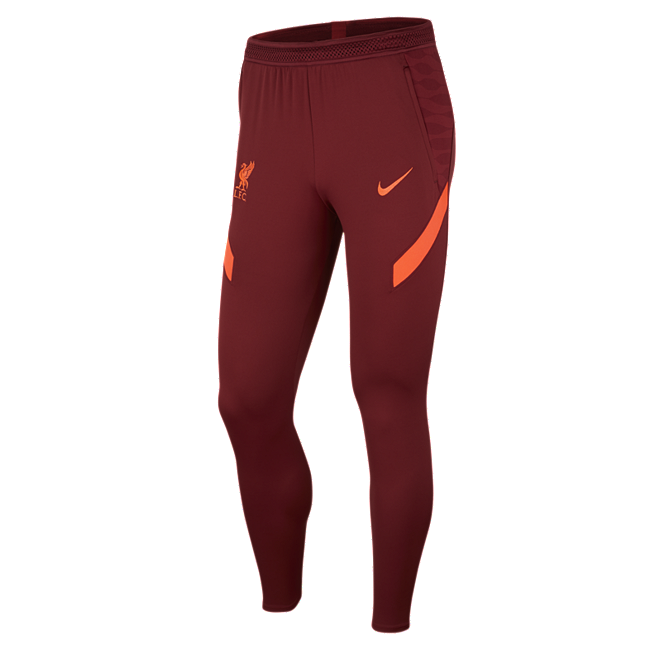 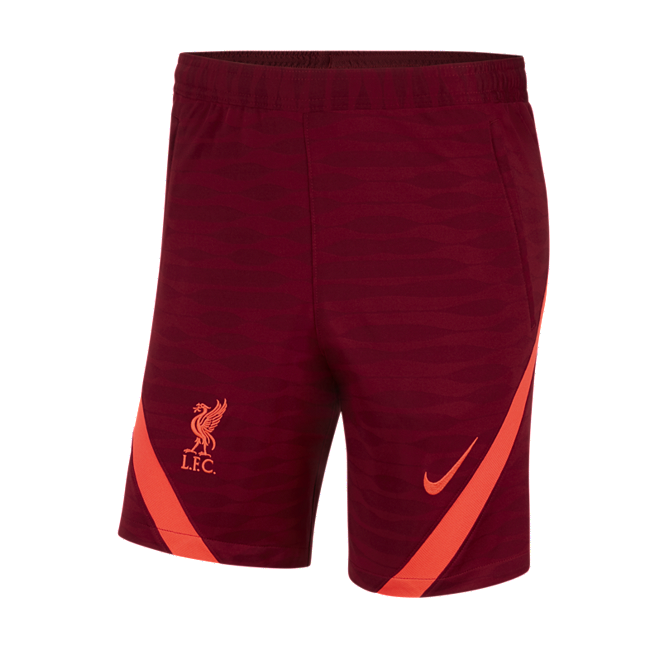 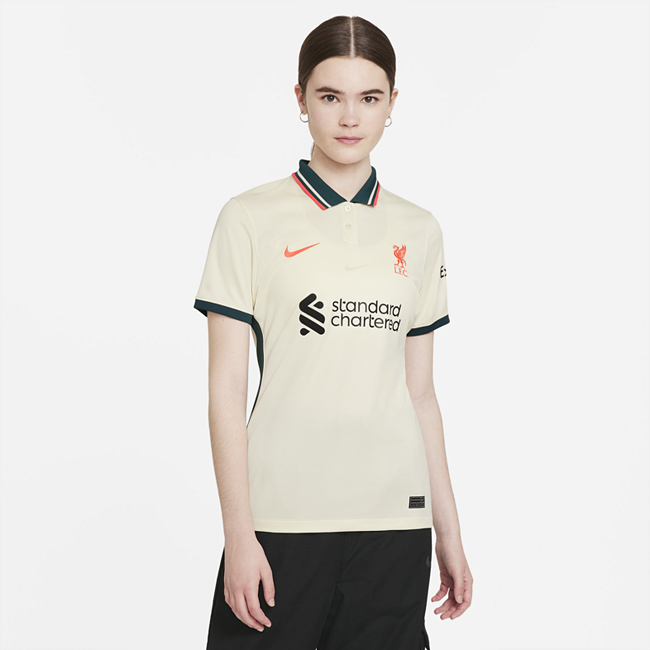 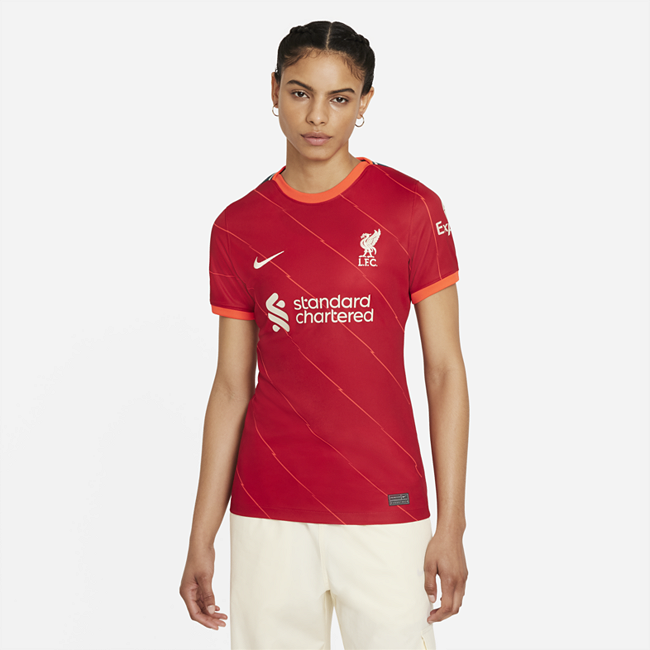 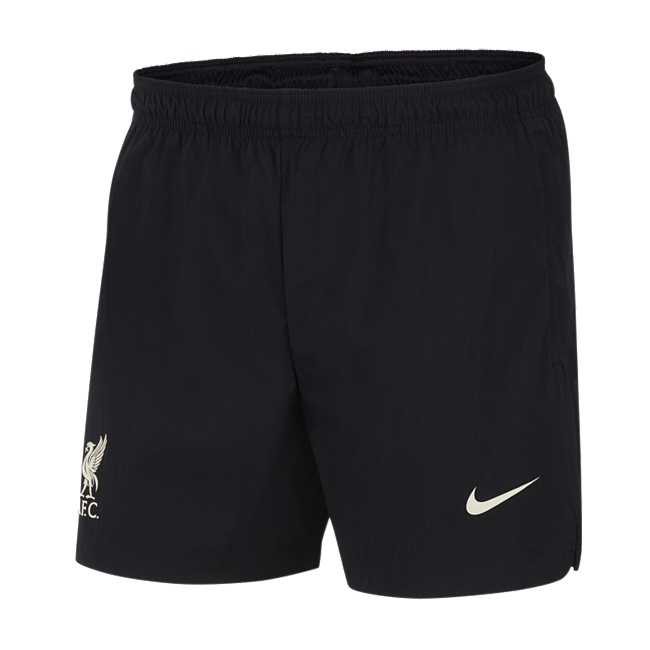 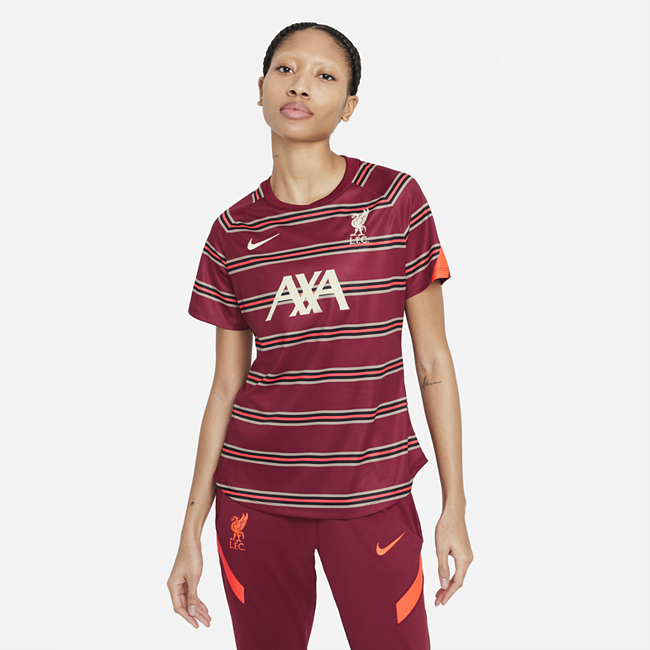 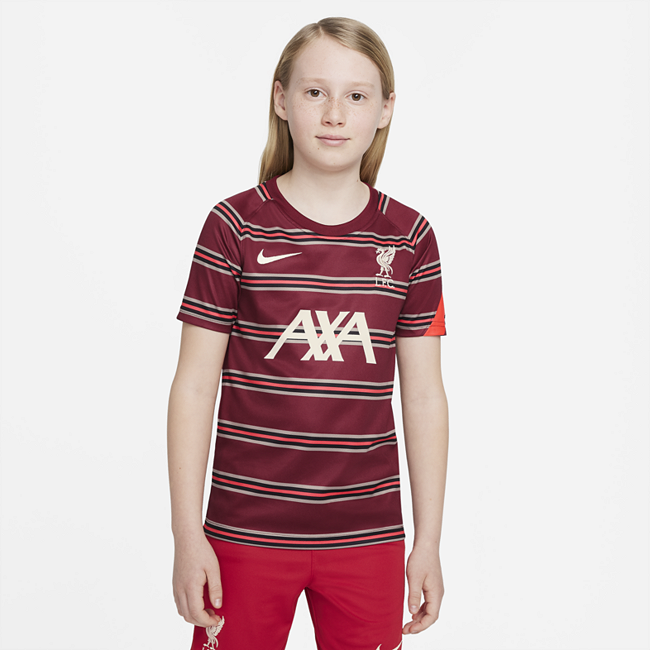 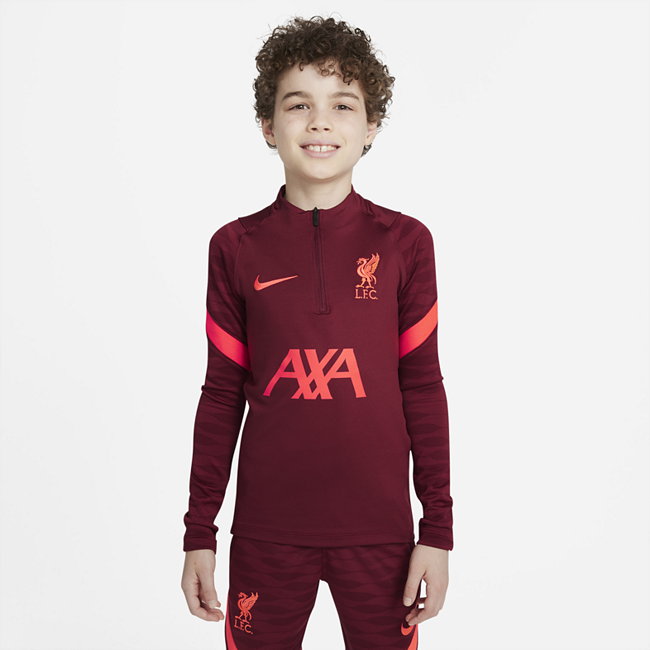 Liverpool FC is one of the most successful clubs in both English and European football. They have won five European Cups and the second most Premier League titles, behind Manchester United. Anfield is the home ground of Liverpool, and the Kop stand is a landmark in world football.

Liverpool has been blessed over the years with some of the best players in the game, including Steven Gerrard and Luis Suarez. Kenny Dalglish, Fernando Torres, and in most recent years Mané and Mo Salah. Their jerseys have been a hit worldwide due to their global appeal. There has been no shortage of demand for their LFC kits.

Liverpool is known for wearing an all-red home shirt with matching socks and shorts. Liverpool was formed in the wake of a dispute between John Houlding (the owner of Anfield) and Everton FC directors over rent and licensing agreements. Everton left Anfield, and Houlding founded Liverpool FC. Although the first Liverpool shirt was made from blue and white, it was only after a few years that the red color was introduced.

Although the club adopted the iconic Liverbird as the emblem of the city in 1901, it wasn’t until 1947 that they were first displayed on shirts.

Liverpool, who had worn white shorts before, wore the all-red strip during the 1964-65 European fixture with Anderlecht. Legendary manager Bill Shankly believed the new color scheme would have psychological effects on their opponents due to the connotations red of danger and power. Shankly’s logic is not hard to believe as Liverpool became one of the most dominant European football teams for many years.

Liverpool FC Away and thirds Shirts

Liverpool has had many away kits over the years. In recent years, white and black have been the most popular colors. However, yellow and green have also been used.

The Liverpool 3 rd jersey is used in both domestic and European cup competitions. Manufacturers have been able to create unique designs and colors.

Umbro manufactured the first replica Liverpool shirts that were available for purchase in 1973. This partnership would continue until 1985, when Adidas assumed the supply of jerseys to a team that had just won the European Cup.

Reebok signed a 10-year contract replacing  Adidas in a deal that would continue until 1996. This contract included the kit worn by the Champions League win against AC Milan. Adidas once again took over the European Cup winner’s contract. New Balance signed a lucrative deal in 2012 for the club. Finally, the Reds decided to opt for the American manufacturer Nike from the 2019-2020 season onwards.

A wide range of Liverpool clothing and training gear is now available to purchase. There are many options available, including training shirts and jackets, raincoats, trousers, socks, and shorts. You will also find tracksuits, polo shirts, t-shirts, hoodies, and sweat tops. Footballkit lists everything you need to find the perfect gift for your Liverpool fan.

Global superstars like Mohamed Salah or Trent Alexander Arnold increase the commercial opportunities of the Premier League Liverpool FC, leading to unprecedented demand for football jersey printing. On this page, you will find authentic numbers and names for all Liverpool players, as well as the option to pick your favorite player’s name and number.